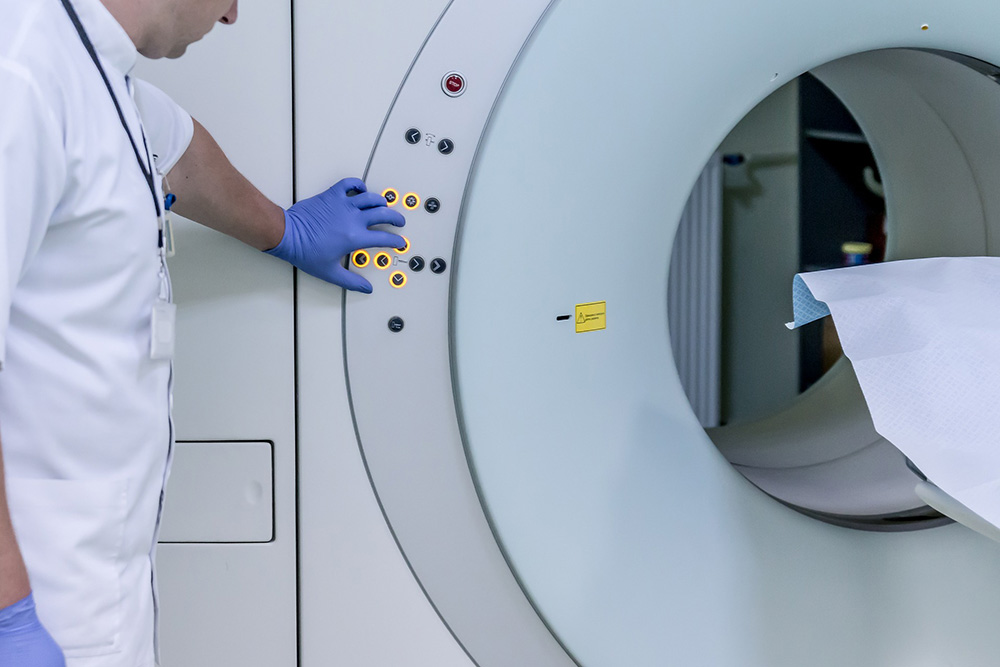 Prognostic importance of subclinical joint changes in MRI for haemophilia

Experience shows that the monitoring of joint changes, especially subclinical changes, as part of the care of haemophiliacs is very important. Unfortunately a conventional X-ray cannot make an early detection of joint changes. Magnetic resonance imaging (MRI) plays an irreplaceable role in detecting these changes.

Bleeding into joints (joint bleeds) in haemophiliacs and its consequences

Bleeding into joints is a typical symptom for patients with haemophilia. Recurring bleeding into a joint leads to its significant damage and development of changes, the so-called haemophilic arthropathy. Damage to joint tissue occurs already during the first (even subclinical) joint bleeding.

Prophylaxis, i.e. preventive regular administration of a FVIII concentrate, is to reduce this bleeding and ideally prevent it altogether. But it is expensive, challenging for patients and not even reaching the so-called trough levels between 1 and 2% guarantees complete prevention of bleeding.

Methodology and course of the study

Authors from the Dutch city of Utrecht focused in an article published in January 2020 in the journal Blood Advances on the prospective assessment of the prognostic importance of synovial changes according to MRI for bleeding into a joint and the progression of arthropathy in the next 5 years.

Both knee and ankle joints were monitored in patients aged 12–30 years without significant arthropathy (i.e. at most 1 joint with a Pearson’s correlation test score of ≥ 4). MRI scans were assessed by 2 independent radiologists using the scores of the International Prophylaxis Study Group. Patients were monitored for a period of 5 years in a clinical trial and with repeat X-raying screening. The associations between the findings in MRI at the start of the study and the bleeding rate over the course of 5 years or possible progression of arthropathy (defined as worsening of the Pearson’s correlation test score by ≥ 1) were expressed using the odds ratio (OR) after change to the severity of the haemophilia and history of joint bleeding.

Twenty-six patients were enrolled and 104 joints were screened. The median age of patients was 21 years. Four ankles were included in the trial that were significantly affected according to the baseline MRI. Subsequently 96 joints were followed up. During the 5-year follow-up period bleeding was reported in 36% of joints.

There was significantly more frequent bleeding in joints with synovial hypertrophy at the start of the study (80%) compared with joints without the presence of synovial changes (27%): OR 10.1 (95% confidence interval [CI] 3.4−31.3). In joints with normal baseline X-ray finding  all changes observed in the baseline MRI, apart from the presence of effusion (osteochondral or synovial) were associated with the development of changes on the X-ray of the joints after 5 years.

Joints with synovial hypertrophy on an MRI scan had a significantly higher chance of bleeding during the next 5 years. All changes in the MRI, with the exception of effusion, were strong predictors of the development of arthropathy on later X-ray scans.

Therefore MRI screening provides important prognostic information about patients with haemophilia without clinically present arthropathy. The results of this paper indicate the need of monitoring the condition of the joints of these patients not just clinically, but also by using instruments that can distinguish also the subclinical changes. Then further treatment can be based on these findings.

If you do not have an account, please register.

Are you a healthcare professional?